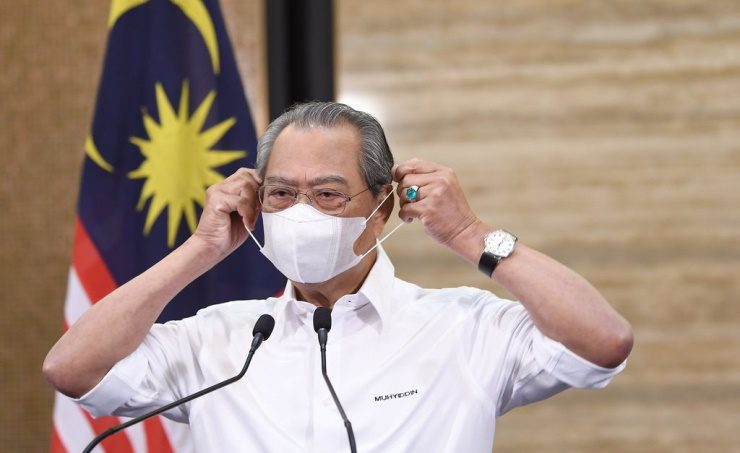 PETALING JAYA: A health activist has pointed to the loosening of movement restrictions as a reason for the high number of sporadic Covid-19 cases in the past two weeks.

Azrul Mohd Khalib, CEO of the Galen Centre for Health and Social Policy, said he believed the increased freedom of movement was partly responsible for the emergence of new cases, “with transmission through social contacts increasing”.

He said cases with no link to existing clusters were to be expected since Covid-19 had been in the community for some time.

Azrul called for more screening and said people should be more diligent in physical distancing, masking their faces and washing their hands.

“We can’t live in a bunker forever,” he told FMT. “We have to learn to live with the disease being in the community.

“We have to learn and practise the best way to protect ourselves against infection, serious diseases and falling ill as a result of contracting the virus.”

Malaysian Medical Association president Dr Subramaniam Muniandy said the number of sporadic cases was cause for concern as it signalled that the virus had spread deep in the community.

He commended the government for its close monitoring of the infection rate and for not rushing to reopen various economic and social sectors.

But he said there was a need to speed up the vaccination programme and increase the number of people being tested for the virus.

“We may also need to consider limiting the movements of certain high-risk groups until they are vaccinated,” he told FMT.

Subramaniam noted that Covid-19 was still being detected among migrant worker communities almost daily from tests conducted at construction sites and factories.

“It is important that the government prioritise vaccinations for this group in its national immunisation programme,” he said.

“The application must have an automatic feature so that contact tracing would require less manpower and allow quicker identification of individuals who have been exposed. This is to enable mitigation to start almost immediately.

“Countries like New Zealand have gone through rigorous field epidemiology exercises to find the link, by reviewing CCTV footage, following and retracing steps and so on. They genotype each case to identify the epidemiologic link and we are a far cry from that capability,” he told FMT.

Dzulkefly said the government needs to ensure that all stakeholders understand the narratives and the rationales behind the SOPs and any observations of etiquettes or measures to enhance compliance.

“Ensuring that the public understands the need to check in and retrace their steps is key. Once we have detected a case, we must be more aggressive in testing close contacts and cast a wider net to ensure we capture the unknown positives who are potential spreaders.”

Health Minister Dr Adham Baba said recently that 13,185 sporadic cases were detected in the past two weeks, making up 66% of total cases during the period.

Shaping the future of the medical workforce

Applications for this programme are now closed

Thank you for your interest!

Applicants holding passport from European Union country and United Kingdom, please contact admissions@newcastle.edu.my to check your eligibility to apply for any of our programmes.

By entering your email address, you agree to receive our email communications from the University in accordance with our Privacy Policy.

Offers of places to applicants are to be made, within the constraints of the number of places available, based on individual academic achievement, ability and potential to succeed on their chosen programme of study. This is regardless of age, religion or belief, race, ethnicity, gender, being trans gender, marital or family status, sexual orientation, or disability. Exceptionally, it may not be possible to make offers to applicants with a disability in cases where the adjustments that would be needed to make a programme of study accessible to an applicant are demonstrably unreasonable within the terms of the Equality Act 2010.

Applicants are expected to disclose information about any disability, including mental health, that would help the University to identify and provide help with support needs.

Admissions decisions are to be based, within the constraints of the number of places available, on professional judgement of applicants’ individual academic achievement, ability and potential, considering all the information presented in applications and applying established entry criteria in a consistent manner.

It follows, therefore, that it is the responsibility of applicants and referees to provide full and accurate information in an application and to notify the University of any changes or corrections to the original application.